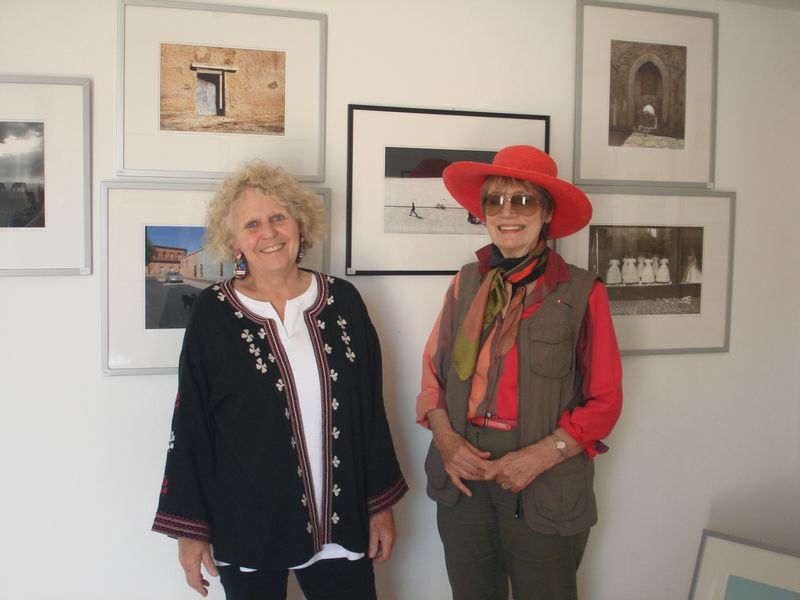 After over twenty years living in Gaucin in the Serrania de Ronda (on and off since 1985, permanently from 1993), and a few years in Denmark and briefly in Sweden, I have now moved back to Estepona where I first came over fifty years ago! During the summer months I am most likely to be found on a boat on the canals of France or Holland, with Peter and our dog Molly.

I studied photography part time for a few years (City & Guilds courses) and then full time from 1989 to 1992 at the Bournemouth & Poole College of Art and Design, concentrating mainly on B&W darkroom work. These days I do print my own photographs, but digitally. This means that I can print limited editions which was not possible in the darkroom. I still love B&W but now also work in colour.

I was a founder member of Art Gaucin, and exhibited there during the annual Open Studios until I left Gaucin in 2014, going back as a guest artist in 2016. I am now (2017) a full member again despite living in Estepona. Solo exhibitions include two in Gaucin (la Fructuosa and el Cuartito), annual Art Gaucin exhibitions and Open Studios, group exhibitions in Jimena de la Frontera and Genalguacil, and, more recently, several years at BDFAS (offshoot of NADFAS) in Benahavis.

My photographs can be found in private homes (and a couple of galleries) in most European countries (particularly Scandinavia) and in the USA and Mexico.